A fascinating addition to any trip to Antarctica, penguins, people and beautiful scenery

The Falklands are a place where the modern world has arrived, but they manage to maintain much of the lure and appeal of a time gone by. A place that seems somehow vaguely familiar but not quite in "that combination" of people, town, scenery, climate and wildlife. The Falklands are sometimes described as being "More British than Britain".

The Falklands are a place of wide open skies, beautiful long white sandy beaches and clear blue seas.  Ask someone where the Falklands are and the answer you might get is that they are off the West Coast of Scotland, thousands of miles out in geographical terms, but very close in a lot of other ways.

Where they are not similar is that in the Falklands a walk along the beach may bring you in contact with five different types of penguin, elephant seals, sea lions an assortment of other South American and Antarctic birds such as albatrosses and petrels, and if you're lucky some dolphins or whales will be swimming off shore.

The Falkland Islands are fairly remote and definitely off the beaten track. They're not the kind of place that you end up visiting on your way to somewhere else unless you make a definite choice to do so. They are for the adventurous trail blazer and for the traveller who relishes the idea of visiting a distant place that few before them have travelled to.

The capital of the Falklands and the only town of any size is Port Stanley. A charming settlement of houses on a gentle hillside overlooking the magnificent natural harbour. Like many islands the world over, the local availability of building materials dictates the character of the town and Stanley is first noted for the brightly painted corrugated iron roofs to many of the dwellings. There is a fine old church here with an arch made of the jaw bones of four huge whales that give a clue to one of the sources of the islands prosperity in the past.

While in the Falklands you will hear mention of a place called "The Camp". This is the entire rest of the Falkland Islands other than the less than 1% that is Stanley.

The Falklands are geologically a part of Patagonia and the Scotia arc that stretches from the southern tip of South America eastwards through the Falklands and on to South Georgia, before arcing south and westwards to the South Sandwich, South Orkney and South Shetland islands to join with the tip of the Antarctic peninsula.

There are two main islands in the Falklands group, they are roughly equal in size and make up almost the total land mass of the islands, others in the group are numerous but very small.

The islands have a cold maritime climate with an average of 2.8Â° C (37Â° F) in the winter and 8.3Â° C (47Â° F) in the summer. Humidity is constantly high, and rain falls on about 250 days of the year. November is the driest month.

The Falklands are very windswept, and have virtually no trees. The commonest vegetation being grasses and a small shrub with red berries known locally as "Diddle Dee". Attempts have been made to plant trees, but with little success, though some do grow in Stanley where they are able to derive shelter from the buildings.

The main Islands have coastlines that are very indented and provide many natural sheltered harbors, very similar to the Pacific coast of Patagonia.

There is very little pollution of any kind in the Falklands, the beaches  in particular are great clean expanses of pale sand that look like they belong in the tropics. Fresh air is almost the only kind there is here and away from Stanley the loudest noise in the landscape on a still day can be the sound of your heartbeat.

Why visit the Falkland Islands?

Some Antarctic cruises take in the Falkland Islands and they offer a good introduction, straddling many of the characteristics of the lands and seas both to the south and the north.

Having said this, unless you are a particularly dedicated naturalist or have some other specific reason for visiting, while the Falklands are well worth a few days of your time on a cruise, they are not somewhere for the average tourist to spend much longer.

They have plentiful wildlife that is very approachable and they present in the main an unspoiled landscape.

An interesting, unusual and beautiful place to visit as part of an organized cruise, A very desirable destination in its own right for serious birdwatchers in particular.

As a place to visit, the Falklands are the "gateway" to Antarctica
- in between the world as you know it and the wild South. 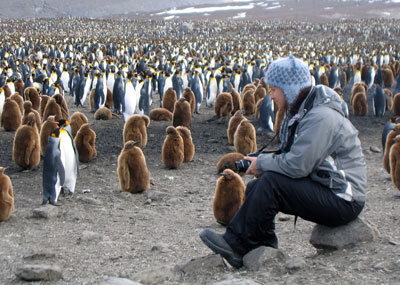 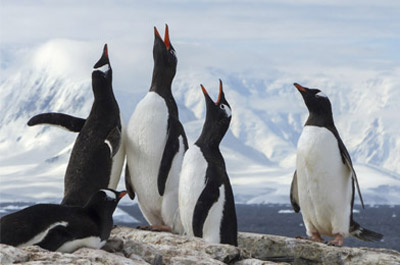 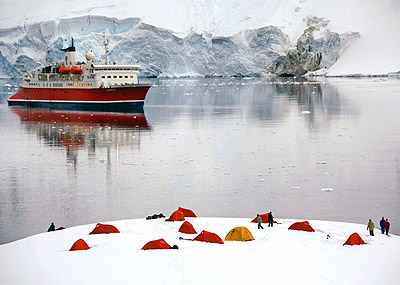 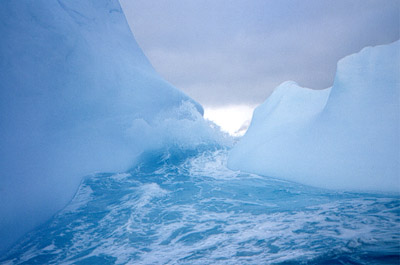 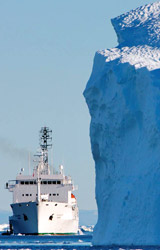 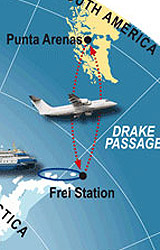 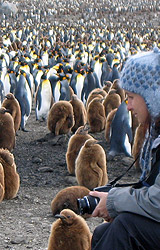 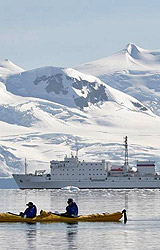 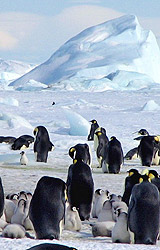 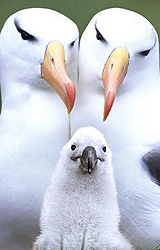 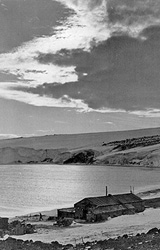 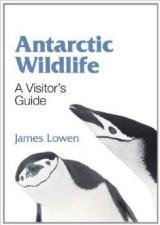