Has the white continent ever been green?
Could it be green in the future?

What if Antarctica was Green?

Quick answer: It would no longer be over the south pole and/or carbon dioxide levels would be significantly higher than they are today leading to higher global temperatures

When Antarctica Was Green

There are two things to consider in this statement, the landmass that is currently over the South Pole and known as Antarctica, and that region of the planet at and around the pole known as Antarctica. While these are the same thing at the moment, they haven't always been so in the past.

Antarctic fossils of a leaf and a piece of wood from the Triassic and Jurassic eras,
respectively, about 150 and 248 million years ago

Antarctica used to have a tropical climate and was very green, it was like any other continent for the great majority of the time it has existed. It cooled down slowly over many millions of years for three reasons:

1 - The continent  drifted south until it settled over the South Pole.
2 - Carbon dioxide levels globally fell leading to a general cooling of the planet.
3 - A circumpolar current arose isolating Antarctica's weather systems from the rest of the world.

The modern continent of Antarctica is part of a tectonic plate that like all the others on earth, has wandered about the planet over a timescale of hundreds of millions of years. Unlike all the others though, its wanderings have taken it over the South Pole where it has settled for about the last 34 million years. 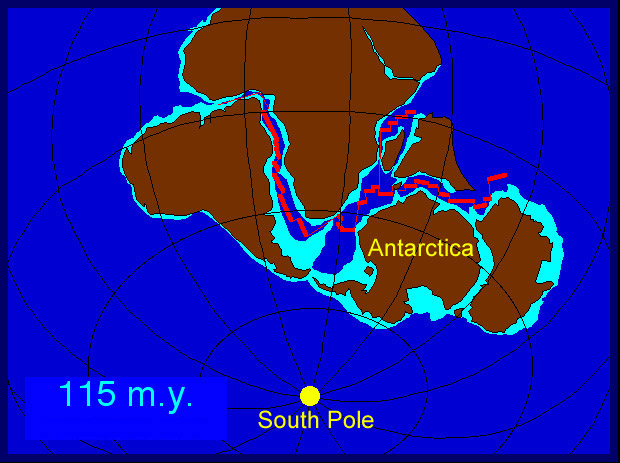 115 million years ago - Dinosaurs rule the world, Antarctica has a tropical climate and is part of Gondwanaland, a supercontinent that is breaking up. 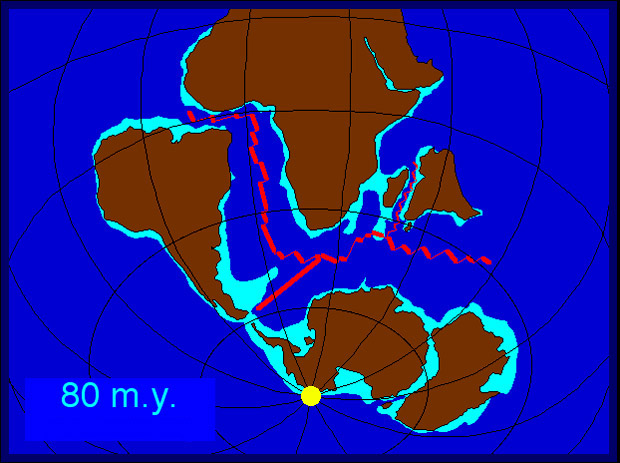 80 million years ago - Antarctica is covered in forest, the outer edge arrives at the South Pole, there is no ice cap. Carbon dioxide levels are around 1120-1680 parts per million (2022 - 418 ppm) and global sea levels 170 m (560 feet) higher than they are today. The average temperature at the South Pole was probably around 12C, similar to modern Germany. 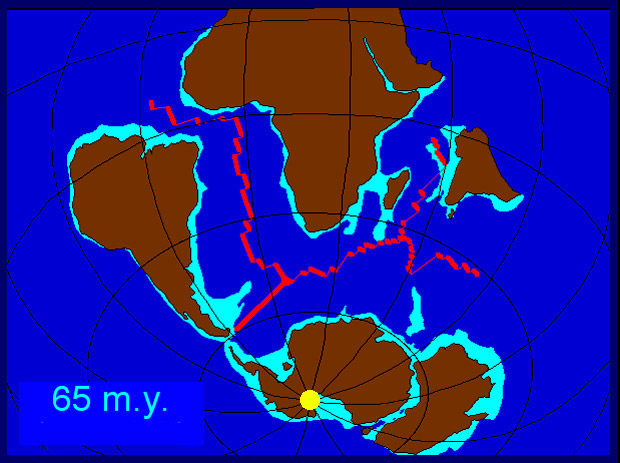 65 million years ago - Dinosaurs die out and are replaced by mammals. Antarctica continues its drift south and cools as carbon dioxide levels start to fall. 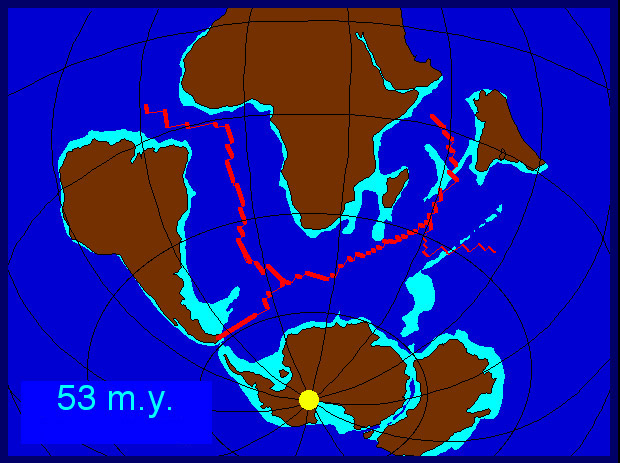 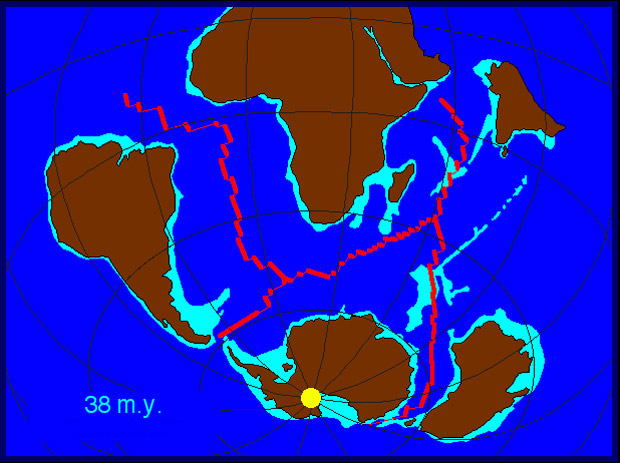 Right - As Antarctica separates from the other land masses the Antarctic Circumpolar Current arises which causes Antarctic weather systems to become more isolated from the rest of the world, the temperature continues to fall and an ice cap begins to grow. 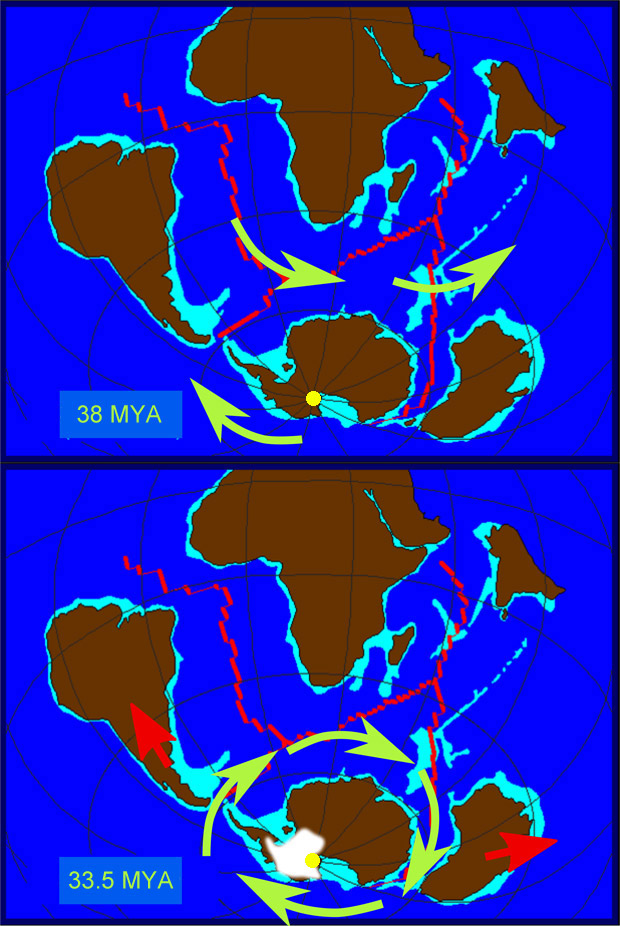 If Antarctica were to be green again and have a climate where plants could grow like they do in the temperate or tropical regions, it would need the ice cover to melt to clear the land Then it would need soil to form, which would take hundreds to thousands of years and then it would need temperatures to increase very significantly from what they are today so it is warm enough for a variety of plants to grow.

The current average annual temperature varies in Antarctica but where there is permanent ice it is generally below 0C. Along the Peninsula it is in the region of -5C, around the coast at the level of the Antarctic Circle, it is -12C and then when you get inland it rapidly drops to -20C and colder with the South Pole close to -50C and down to -55C in other places, and that's on average!

Warming would require either the Antarctic landmass to move north and into a warmer climate zone by the action of plate tectonics, which would take at least tens of millions of years, or it would require temperature increases due to increased carbon dioxide levels causing global warming which even in the most rapid scenario would take a few hundred years. Both scenarios would result in dramatic planet-wide changes, how survivable they are by humans would depend on the speed of change.