The most sparsely populated country in Europe with around 330,000 people, Iceland is a geologically new country, the mid-Atlantic ridge goes right through it and geological features abound. The Arctic Circle skims by off the northern coast, and the Gulf Steam gives a more temperate climate than might be expected. Iceland has clean air in abundance and a landscape still actively shaped by ice and fire alongside a Nordic culture of vikings, literature and mythology.

With a small population and isolated from other landmasses, Iceland is an adventurous place to visit.

78% of the population live in and around the very modern and progressive capital city of Reykjavik. A group of permanent ice-caps provide varied and beautiful scenery, this is very much a wide open spaces "outdoors" kind of country.

Iceland has been settled since around 874 CE being populated from Norway and then later on from other Nordic countries. For centuries it existed on subsistence fishing and agriculture, it was one of the poorest countries in Europe up to the years following the Second World War. It has since found a post-war prosperity and is now one of the most developed and progressive countries. Tourism is now one of the major economic activities in Iceland with total tourist numbers over a year being about 5 times the size of the population.

Iceland sits on Mid Atlantic Ridge, the fault line stretching don the middle of the Atlantic Ocean where the North American and Eurasian plates are moving apart.

Places to visit in Iceland

The capital city. You will almost certainly visit Reykjavik on a trip to Iceland, the main international airport at Keflavik is 30 miles (48 km) away. It is a city well worth visiting in its own right, very modern forwards thinking and European, blessed with many fine restaurants serving Icelandic cuisine and Icelandic takes on more familiar foods. It is small enough to reach many of the attractions within the city on foot. There are many places where you can book excursions for a single day or for longer trips of several days, whether bike tours, whale watching, wildlife adventures, horse riding, 4x4 trips and many that focus on visiting Iceland's enviable array of impressive natural scenery and sights. There are angling trips to fish for salmon, trout, char or sea fish, you can even dive or snorkel between two of the world's great tectonic plates with the North American plate to one side of you and the Eurasian plate to the other at Silfra in 100m+ visibility.

There is a lot of geothermal activity close to the surface over much of Iceland which is used either directly from hot springs or indirectly as a by-product from power generation to provide indoor and outdoor swimming pools that can be used year-round. Perhaps the best known (or at least best promoted) is the "Blue Lagoon" which being situated very close to Keflavik airport is often incorporated into a trip to Iceland on arrival or shortly before departure. The warm water is mineral rich and gives the opportunity to swim in a huge outdoor pool often steaming with its own warmth into the cold pure Icelandic air.

The name given to a circular tour from Reykjavik that lasts a day, typically made by coach and led by a guide. It takes in the huge double stepped waterfall of Gullfoss (Golden Falls), the Geysir geothermal area where you can see the original geyser that gave its name to all the others "Geysir", this doesn't erupt quite so often these days though there are others around that go off on a regular basis such as Strokkor which throws a column of boiling water up to about 30m every ten minutes or so.

Thingvellir National Park is on the tour where you can walk between the North American and Eurasian tectonic plates at a place of great cultural and historical significance also as it is where the Althing, the National Parliament of Iceland was held from 930 CE, being actively used until 1798. The park was designated as a World Heritage Site in 2004.

Other attractions may be included in the tour depending on the time taken and the operator who runs it.

Thingvellir, the site of the old Icelandic parliament and where two continetal plates are slowly moving apart

Iceland is an great place to see the Northern Lights or Aurora Borealis. As this is a natural phenomenon it cannot be predicted in time or intensity and so seeing the Aurora is a bit hit and miss. They are more likely to be seen at some times of year than at others. They are at a peak around the equinoxes, the 21st of March and the 21st of September. Outide of these periods, they are no more or less likely in the summer or winter months, though to see them clearly requires the sky to be dark, with over 21 hours of daylight in midsummer against just 4 and a half in midwinter, a winter aurora is far more likely to be visible than a summer one. September to April are reckoned to be the best times to see the Northern Lights.

Iceland is far enough north to have permanent glaciers and icecaps, they cover about 11% of the land area or 11,400 km2, the largest of these is the ice cap of Vatnajokull which alone comprises about 74% of the permanent ice area of the country, another twelve glaciers and ice caps make up the rest. There are glacier hiking tours and you can walk into ice caves as a part of an organized trip. The ice also of course provides for some very spectacular scenery and provides lakes and streams in the summer months that form from the melting ice.

Iceland is an island formed entirely from volcanic eruptions from a particularly large and active hot spot on the Mid-Atlantic ridge. About a third of all the magma that has erupted on the earth over the last 10,000 years came out onto Iceland. There are volcanic eruptions on average every four years. While actual eruptions are relatively rare and may take place in more difficult places to access when they occur, the effects of this volcanic activity can be seem almost anywhere in the country in the form of geysers, hot springs and the youthful (in geological terms) rock formations and flow patterns. Geothermal energy contributes the majority of electricity used by the country.

Iceland can be reached year round by flights from a number of airports in Europe, the USA and Canada. The flights take 3 hours from London, and 5 hours 30 mins from New York, flights from several European cities are direct and non-stop, from further afield in the world, connecting flights can be met at European airports. Iceland is a member of the Schengen Area, visas are not needed for the nationals of the EU/EEA/USA and many other countries to enter Iceland, total stay in the Schengen Area must not exceed three months in any period of six months. use this to check. There are no sea ferries, though many cruise ship itineraries include Greenland in part or as a whole of the trip, see below.

Sample cruise routes around or including Iceland:
the actual routes available and durations vary somewhat from season to season, many trips can happen in either direction.

Iceland circumnavigation, 10 days, with inland excursions to sample some of all of Iceland's attractions

Newfoundland to Iceland, 14 days, 11 days cruising Eastern Canada and crossing the Atlantic for 3 days around Iceland, where you could stay longer before flying home.

Scotland to Iceland, 12 days. Join the ship at Leith (near Edinburgh), cruise via the Orkney, Shetland and Faroe Islands to Iceland, outstanding wildlife, history and scenery, disembark Reykjavik.

13 days - join a ship at Reykjavik, combines Iceland with the southern fjords of Greenland and the UNESCO World Site of Ilulissat Isfjord on the west coast flying back to Copenhagen. 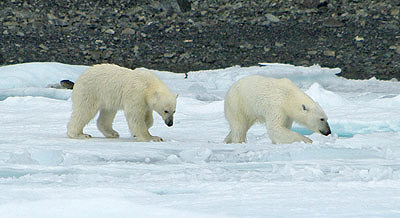 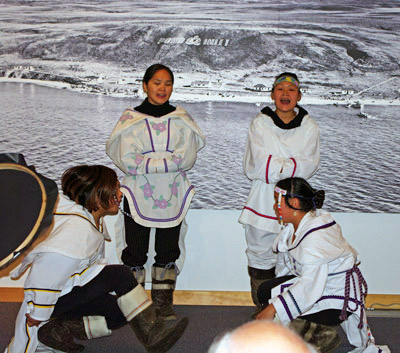 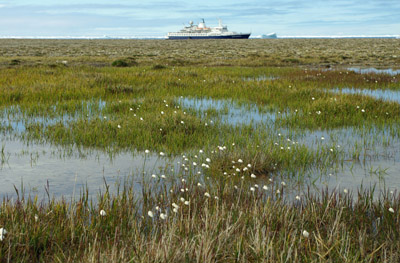 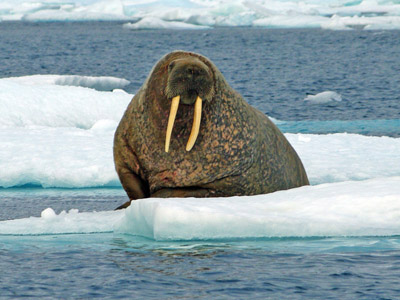