Having spent a significant amount of money on your digital camera gear, it makes sense to spend a little time on learning how to get the best from it. Here are a few simple ideas that everyone should learn that will make a noticeable difference.

Correct exposure is about capturing an image with a good tonal range from pure black to pure white in the frame and plenty of detail in-between. Incorrect expose leads to a loss of detail that no amount of adjustment in the "digital darkroom" will ever be able to recover, the detail just wasn't there in the first place.

Most cameras offer a couple of aids to getting the correct exposure at the time you take it, so allowing you to re-take if necessary, these are the "flashies" and histograms, your best immediate feedback on the technical quality of the picture you have just taken - learn to use them and become a better photographer.

Your camera will probably come set up so that you can see a shot as soon as you have taken it on the screen. Sometimes you will see flashing red (or other coloured) regions as in the picture to the left, caught in mid-flash. The regions will flashing red then white or black.

These regions are either over or under exposed and you have lost detail in the flashing region. Lets say that there are 50 levels of brightness in the picture for simplicity. In the case of the picture to the left it is saying that some of the levels say from 40 to 50 that should be distinct and have some detail are all being put into the level 50 category - the brightest, and all of the flashing pixels will be plain white in the file so that part of the sky will have no detail.

Retake the picture while adjusting the exposure downwards i.e. allow less light through the lens so the bright end of the exposure scale is not overwhelmed. Use the EV Compensation button

to do this, then check again, the flashies should have gone or be greatly reduced in extent.

You should also enable a histogram to appear immediately after exposure along with the reviewed picture. This tells you how well spread and so accurately captured the details of the picture are.

Using Histograms to identify correct exposure and exposure problems (a black and white image is used for clarity, colour works in the same way)

The peaks on this histogram are well spaced across it's width and not pushed against either edge. There is both black and white in the image and a range of tones.

In this over-exposed image, the histogram is pushed up to the right hand side showing that highlight detail is lost and just appears white.

In this under-exposed image, the histogram is pushed to the left hand side showing that shadow detail is lost and simplified as dark grey or black.

Again Use the EV Compensation button

to adjust the exposure, retake the picture and re-check.

The Original Image - has promise but could be better.

I'll be using Photoshop CS5 to make adjustments, the changes I'll make are quite basic and other photo manipulating software packages can also perform the steps I will take.

Before you start, make sure you keep the original image and save any changes to a different file or as a different filename or you won't be able to go back again if it all goes horribly wrong - believe me, at times it will!

The original had a slightly sloping horizon, while I try to avoid this when taking pictures, it's difficult to get it right every time and pictures can be slightly off.

I rotated the image by 2 degrees, you can see how the edges of the picture have tilted as a result of this.

Pick an element of the picture that should be horizontal or vertical to get this right. You can turn on gridlines if necessary while you do this to make it easier, turn them off again afterwards.

Cut off those long thin white triangles that result from rotating using the crop tool, you will by necessity lose part of the image at the edges, more reason to get it right when taking the picture than relying on making it better later.

This is also the time to crop the picture to remove peripheral distractions or just nothingness and focus on the main elements of the picture. I got rid of that pole at the right of the picture.

The original image was too flat and lacked something, so I adjusted the color balance very slightly and increased brightness, this time leaving contrast alone. I used the automatic levels to do this and was reasonably happy with the results, Photoshop allows you to fade any effect applied so I applied the automatic level and then moved the slider down to a level I thought was more suitable.

Finally I used the "Shadows" setting to bring out some detail in foreground, you can see the difference between this picture and the next. It automatically gives a level of 35/100, I slid it down to 25 for this picture.

Your image will probably be very large, 3000px or more wide, this is the time to  reduce the size depending on what you will use it for if this is applicable. If you are going to print it, leave it as large as possible. If you are going to post it on social media or email it to someone, then change the longest side to 1000-15000px so it doesn't take so much memory and/or look a bit odd when it is shown at a smaller size.

The original is at the left, the final image at the right. The key is not to make too many changes and not to make them too drastic or you end up with something that just doesn't look natural.

Image Optimization - In this order, only rarely do all steps need be applied to a particular picture. Keep your original file and work on a copy with a new filename

1 - Rotate image to correct any tilt.

2 - Crop image to remove triangles from rotation if needed, otherwise crop to frame the picture as you wish.

3 - Alter Tone, Contrast and Colour, try to keep changes fairly subtle to enhance only or your picture can start to become a bit artificial looking.

4 - Bring detail out of the Shadows or Highlights. Many programmes have a Shadows/Highlights setting, this allows you to specifically only adjust the lighter or darker regions of your picture if there is detail "lost" in these regions, you can bring it out to some degree.

5 - Change the image size down to as big as you need for your purpose. Give the smaller file a new name so you still have the larger adjusted file in case you need it in the future. It is possible to upsize a picture, though not by very much as it soon looks of poor quality.

6 - Sharpen the image, there may be more than one way to do this, but there is usually a simple one step "sharpen" tool.

Curate your images - You decide what to show people

The potential downside of all these pictures that can be taken using digital cameras is that it's very easy and tempting to take a huge number of pictures of any particular scene, many of which will be very similar. There is nothing wrong in this in itself - it's one of the advantages of digital photography over film photography after all.

However, please make sure you edit out the also-rans and pictures that are so similar as to be no difference between them.

I have been subjected to other people's pictures myself where they maybe have two good shots of a scene, but have shown about ten that are very similar as they can't make the decision themselves as to which is the best one to show. It doesn't make the viewing experience better, it just tends to make it rather tedious.

So be a ruthless editor when putting together a slide show of your trip, it'll make what you produce all the more impressive for it. 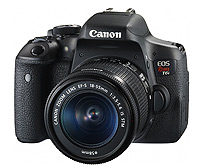 Buy UK
Small size and simplicity of use the most important features, self contained, good pictures