The Government of Antarctica and Antarctic Politics

Antarctica does not belong to any one country or even to a group of countries (though there are "pending" historical claims to its territory). Its lands (and ice and snow) have no nationality in the way that we understand it in the rest of the world.

What sort of government does Antarctica have?

There is no "Government of Antarctica" in the way that we understand it in the rest of the world. This is largely as there are no indigenous peoples and no-one lives there permanently, the only habitations are scientific stations that people visit for short time periods, usually from a couple of months to just over a year.

A little history: The systematic exploration (i.e. finding out all the places and not just the more immediately interesting ones such as the South Pole, islands, mountains and other features) and scientific investigation of Antarctica properly began with the International Geophysical Year (IGY) from July 1st 1957 to December 31st 1958. 35 scientific stations were established on the Antarctic continent with another 15 on sub Antarctic islands by 12 different nations. 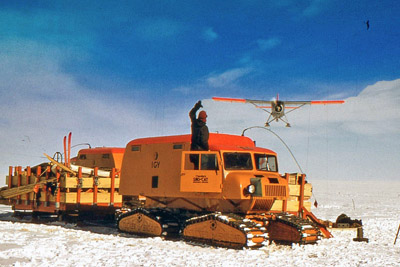 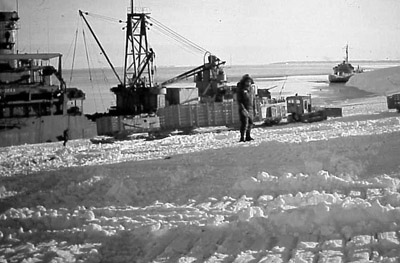 The IGY is was the launch event for the way that Antarctica is today and for the way that Antarctica will be in the short to medium term at least if not beyond this. The IGY was such a success that the benefits of international co-operation seemed well worth continuing. The IGY was followed by a year of International Geophysical Cooperation when the 12 nations (Argentina, Australia, Belgium, Chile, France, Japan, New Zealand, Norway, South Africa, United Kingdom, USA and the USSR) decided to continue their research.

Representatives of the 12 nations met in Washington D.C. in 1959 to draft and sign the Antarctic Treaty - (summary here). This agreement dedicated the entire continent to peaceful scientific investigation. It came into effect in 1961 and all territorial claims were suspended. In 1991, 24 nations approved a protocol (addition) to the treaty that would ban oil and other mineral exploration for at least 50 years, this came into force in 1998 and stands until 2048, at which point it will be renegotiated, to change or remain as decided at the time. It is possible for the treaty to be changed before 2048, though it would take the unanimous agreement of all of the consultative parties to do so, as of 2015 there are 29 nations that are consultative parties.

There are now 52 countries that have signed the Antarctic Treaty - which represent about 80% of the world's population.

The key objectives of the Antarctic Treaty are:

The result is that Antarctica is one of the few places in the world which has never been affected by war, where the environment is fully protected and where the priority is scientific research. The Antarctic Treaty has ensured that this has continued and will continue for the foreseeable future.

The Treaty covers the areas south of 60°S latitude, extending to the South Pole.

In general for individuals at Antarctic bases, the national laws of their home country applies to them personally.

The secretariat of the Antarctic Treaty

Signatories to the Antarctic Treaty

How is Antarctica governed?

These are the Countries that play an active role in Antarctica by being engaged in substantial scientific research activity. Only the consultative parties have voting rights and can make decisions about Antarctica, there are 29 Consultative Nations.

They meet: "for the purpose of exchanging information, consulting together on matters of common interest pertaining to Antarctica, and formulating and considering and recommending to their Governments measures in furtherance of the principles and objectives of the Treaty" (Art. IX).

These meetings take place in one of these countries in turn, usually for around 10 working days between May and July of each year. In recent years, these have been:

Proposals are not voted on, attempts are made to reach a consensus.

So it all works really well then?

However..... so far there have not really been any really contentious issues to discuss.

There are minerals, coal and almost certainly oil in Antarctica and under the surrounding seas. At the moment it is not economically viable to attempt to recover them. In the future however as technology improves and especially if global warming leads to deglacierisation and reduced sea-ice so exposing more areas and improving access, it will almost certainly become commercially viable to recover at least some of these natural resources.

At this point there will be some much more contentious issues to be addressed:

All difficult stuff to deal with. On the one hand the Antarctic Treaty has lasted for so long and has worked very well, so it sets a precedent for how to proceed. On the other hand countries may simply choose to ignore it for their own purposes. A gentleman's agreement may be fine when the stakes are low, but may disappear when they stakes are increased.

The agreement not to mine for minerals or drill for oil ends in 2048.

The Antarctic Peninsula is the most likely area to be exploited as it is the most accessible place and has been affected by warming more than any other region.

The Antarctic Parliament in session

What territorial claims are there in Antarctica?

There are seven nations that have claimed territory in Antarctica:

These claims are based on discovery and effective occupation of the claimed area, they are legal according to the laws* of each of these nations. Three of these countries, the United Kingdom, Chile and Argentina, have overlapping claims in the region of the Antarctic Peninsula. There is a section of Marie Byrd Land that is unclaimed. The Norwegian claim does not have defined northerly or southerly limits.

A historical explanation of claims

Could I just go to Antarctica as long as I agreed to the Antarctic Treaty?

If you are a national of any of the Antarctic Treaty States, you need to get authorization from your government to visit Antarctica in the form of a permit.

If you wish to visit Antarctica as part of an organized tour, this aspect will almost always be dealt with by the tour operator who will have secured a permit or authorization for the whole trip, rather than by the individual.

Here is an example of the requirements for British visitors, other nationalities will have to refer to their own authorities who will have similar requirements.

Summary of The Antarctic Treaty and list of Treaty Nations