The American Base at McMurdo is sometimes on the itinerary of cruise ships, it is far and away the largest Antarctic base with a summer population (when the tourist ships can get in) of around 1000 falling to  250 in the winter. 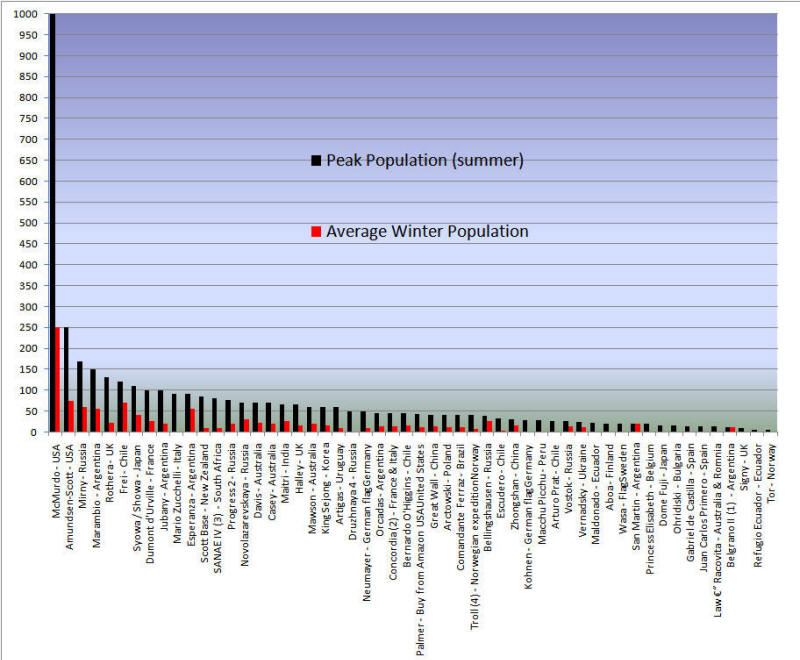