OAE's
Amundsen-Scott Station at the South Pole
occupied since 1956 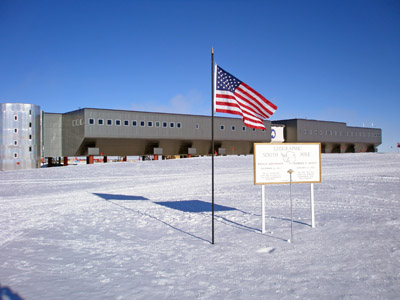 Please register at the bottom of the page to include your details.  Who runs Cool Antarctica? 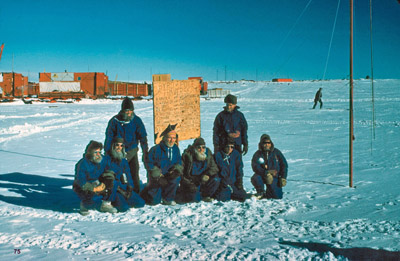 Doug Crouse (1975-1979)  - Wildomar, Calif.  Spent 4 trips as a cook. Had a great time. I worked all the galleys the Hill, Willy Field, South Pole and Byrd Station. Looking to hear from anyone during that time. 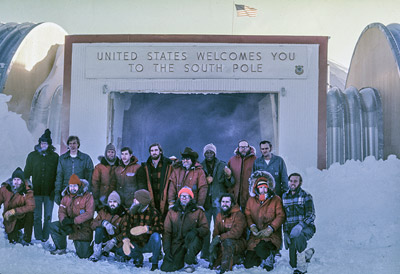 Gary F. Foltz (1977-78, 1983-84) - Leesburg, Va.  email  I winter-over for Two season's 1977,78 and again in 1983-84, working with the U.S. Geological Survey, Tracking Satellites, and Monitoring the Seismic Equipment for U.S.G.S. Seismic Center in Golden, Co. I received Two Antarctica Service Medals, One with Cluster, for "Superior Service". Also received Two Antarctica Service Awards from the Department of the Interior, for "Outstanding Service".

Bob Lawyer (McMurdo & Pole 1971 - 1974) - Albany, NY  email  Loved it, would like to go back, "in a heartbeat". Hauled a British radio physicist around on a skidoo for 3 months, camped out 2 miles from the old pole station nights in a row in a tent. Nice.

, Postmaster/Radio Operator (1972-1973) - East Samar, Philippines  Thanks for a fantastic website, I have been browsing the photos for the past 6 hours....great trip down memory lane.

Robert B Singleton (1975-76) - US  Already an OAEA member...trying to access site for comments

Tom Brace (1984-85) -  Whitesburg  TN  '84-85 W/O Station Mechanic looking for those who were there with me, scientist and support alike. Would like to share pics, validate our 300 degree membership, etc.

John Mac Millan - "Mac" (1982-83) - Coquille, Oregon -   Wintered Over as Supply. Auroras a biggie and roasting the camera over generator's exhaust to thaw. BBQed steaks and lobsters 4th of July. Hair Ball and Cotton Shirt meeting the opening plane. Prince Edward and the Dome sliding, 20/20, Micky D's for Breakfast, stained glass window would we try for the air drop packages and so much more ........

James Stine (McMurdo + South Pole - 1990, 1992, 1994) - Prior Lake, MN, USA    Very nice site, makes me home sick. Enjoyed the pictures of New Pole but seeing the dismantling of the old entrance and power plant (My home while there, so to speak) saddened me.