Halley V from the air

Halley VI - video above
Returning to base, right

Liz Edwards Dave Edwards daughter (Halley Bay, Kista Dan 1960-61) - High Peak Derbyshire UK   My Dad was a joiner on the expedition 1960-61 and I am compiling an archive of all his materials from his time in the Antarctic for future generations in our family. e.g. 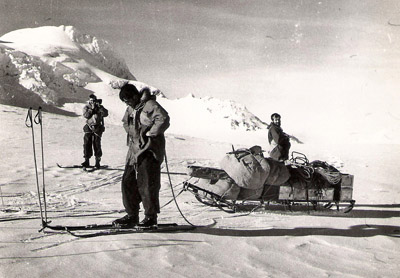 Rod Rhys Jones (1965-66) - London  I am working with the Antarctic Monument Trust which has been set up to honour those men and women who lost their lives in British Antarctic Territory in the pursuit of science. We are placing a memorial tablet in the Crypt of St Paul's Cathedral London. We have commissioned a monumental sculpture, part of which will be in the grounds of the Scott Polar Research Institute, Cambridge and the other part will be sited in the South. Most probably in Stanley, Falkland Islands. See more here

Bjorn Larsen (Kista Dan Halley Base Z - 1960) - Denmark   I want contact with people from Falklands island ,and Halley base Z, and people there know ,and had see Kista Dan 1960/61

Mike Skidmore, (1967/69) Stoke on Trent.  email  Worked as a geologist. Summer visits to South Georgia 1966 and 1969. Whilst at Halley Bay tried to dog sledge overland to Shackleton Range 1967-68 via Theron Mountains but work proved impossible due to distance. Finally got there with US airlift to the Shacks for 8 weeks geological recce in 1968-69. 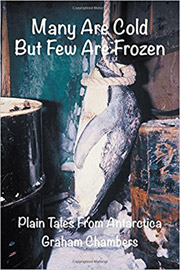 Graham Chambers (1974-75) -   Graham's book, "Many are Cold but Few are Frozen: Plain tales from Antarctica" is available from Amazon, profits to BAS club charity.

Ted Evans (summer 72/73 - South Georgia, Halley, Signy) - Yorkshire   Worked on south G slipway with Big Al..then new base at Halley,& then to Signy (genny shed base) where I broke my leg & had a nice voyage back with my leg in plaster.

Len Airey (Faraday & Halley - 80's and 90's) - New Zealand  A few names I recognise - how are you all? On Antarctica will be available on Kindle shortly or hard copies of the book direct from me if you are interested in re-kindling a few memories. I lost touch with Joffs, Pint, but if I find his address I will let you know. Best Regards, Len. 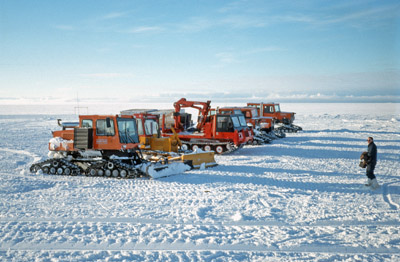 Ahmad Begg aka Miami (Halley V and VI, 4 seasons) - Cape Town, South Africa  I worked for Morrison construction company on Halley 6. I was fortunate of being one of the guys to have built Halley 6. I was down in the Antarctic for 4 seasons. This was one of the best life experiences. The 4 years that I been going down there I got to meet so many different nationalities. The place itself is mind blowing. To think that you part of such a historic project and you were chosen out of hundreds of applicants. The travelling over there is an experience on its own. I had the   honour and the privilege to voyage with the Earnest Shackleton. The whole project was mind blowing

Wayne Ellsmore (Halley 5 - 2000) - Saxmundham   I was lucky enough to be a member of the millennium crew 99/2000 on the maiden voyage of RRS Ernest Shackleton, and a summer worker at Halley 5, amazing to be among a very few to have been on the continent for the last days of the 1900s and the first day of 2000 and will never forget my time there.

Michal Krzysztofowicz (2014, 2016) -   After a few months in the real world, I came back to the Halley Station, once again working as the Data Manager. I've kept the blog running - have a look at http://antarcti.co/

Anthony Lister (2014) - Halley VI  antantarctic.wordpress.com is my live blog about being down at Halley 6 I am the current Z electrical services tech.