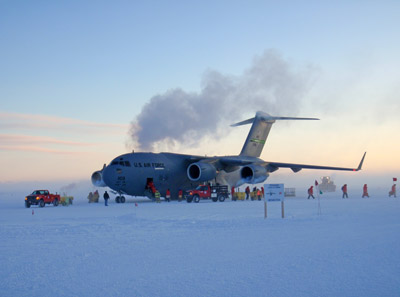 Kristy Carney (McMurdo, 1997 to present and still counting plus 1 winter 2005) - Littleton, Colorado  Started off working in the Skua Deli, and then in Fleetops, The South Pole Traverse, and science traverse (WISSARD) as a heavy equipment operator.

Joe Pettit (McMurdo and Palmer - 1990 through 2016 seasons) - Longmont Colorado USA,  Twenty five seasons in Antarctica and counting, including six winters.  Spent time at McMurdo and Palmer Stations in a variety of great jobs.